With a resort holiday at the Turkish Aegean Coast you decide for a relaxed holiday with that certain extra: The Aegean region is characterised by its scenic variety: Alongside its rugged coastline there are endless beaches of fine sand and secluded rocky bays. The foothills of the Taurus Mountains reach as far as the turquoise-blue Mediterranean, while olive groves and lush green pine forests form the charming backdrop to other dream beaches. Only a few kilometres separate first-rated party locations such as Bodrum or Marmaris from traditional fishing villages with oriental flair.

Those interested in culture value the Aegean region as "the largest open-air museum in the world": Where Persians, Romans and Greeks ruled in ancient times, world-famous archaeological sites are among the most important sights today. Unforgettable excursions lead to the ruins of Ephesus with its legendary Celsus Library, to the legendary city of Troy, to Pergamon or Miletus. In the hinterland, ancient civilizations appreciated the healing effects of the mud baths of Sultaniye and the thermal waters of the white sinter terraces of Pamukkale.

Holidays for two - relaxing and eventful

Couples experience many wonderful moments together at TUI MAGIC LIFE Sarigerme. Enjoy your well-earned time as a couple by taking part in a variety of sports, relaxing at the relax pool or in the "Adults only" area. For romantic dinners, tables for two are reserved in the restaurant. Maybe you would like to surprise your partner with a dinner on the beach or breakfast in your room for an extra charge... Enjoy even more beautiful moments during a joint visit to the wellness area or a dance course.

At TUI MAGIC LIFE Sarigerme, divers, surfers and kiters can enjoy an all-inclusive holiday in direct proximity to the beach. The Turkish Aegean Sea is one of the best water sports areas in the world thanks to its constant wind and crystal-clear azure blue water. TUI MAGIC LIFE Sarigerme's all-inclusive water sports offer includes water skiing, monoskiing and wakeboarding as well as fast rides with the Banana Boat. At the water sports station you can rent canoes, windsurfing equipment and catamarans on presentation of your international surfing/sailing licence or acquire a surfing, sailing or catamaran licence on holiday.

All inclusive resort holidays with kids

A relatively short flight time from European airports makes the Turkish Aegean a popular destination for uncomplicated family holidays. TUI MAGIC LIFE Sarigerme is situated directly on a long, shallow sandy beach and also has several pools as well as a children's and baby pool, kid's club and playground. An entertainment program suitable for all ages with activities such as a pirate treasure hunt, a circus day or an Olympiad gives children an entertaining time with their peers. Parents enjoy their free time e.g. with a relaxing massage in the spa. Experience a great all-inclusive holiday with activities for the whole family.

Things to do in the Aegean Coast of Turkey

The best time to travel 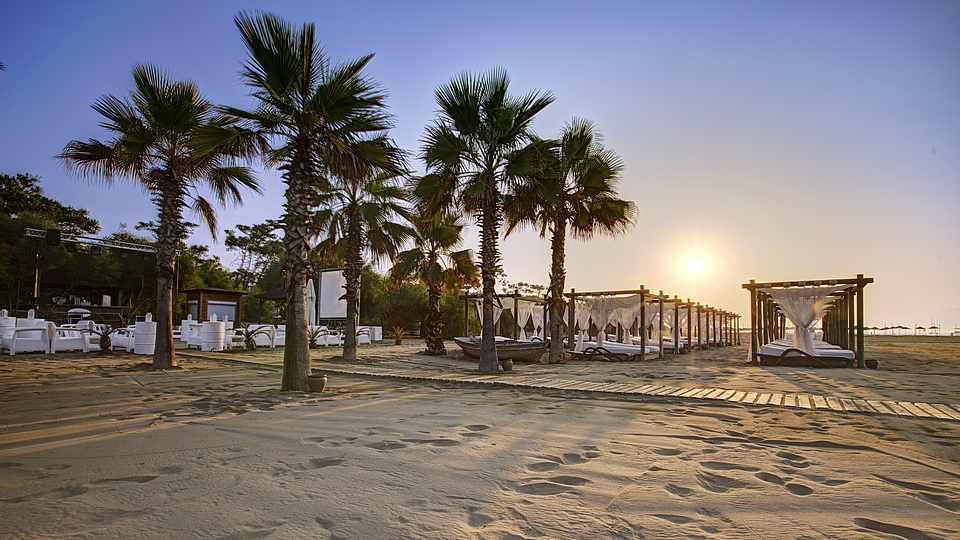 The Turkish Aegean Region has a mild climate all year round.

The best time for a beach holiday on the southwest coast of Turkey is from mid-May to the end of September. Then the Mediterranean offers water temperatures of up to 25 degrees.

The daily maximum temperatures of over 30 degrees always feel pleasant thanks to a constant fresh sea breeze.

Also the weather in the winter months is quite mild with temperatures around 15 degrees and is therefore ideal for an active or cultural holiday.