The Tunisian Mediterranean island of Djerba in the Gulf of Gabès owes its nickname "La Douce" to its mild, sunny climate. During a holiday on Djerba you can expect miles of white beaches and a flair of the Arabian Nights. Date palms and extensive olive groves bring colour into the barren, ochre-coloured interior of the island. Pomegranates and prickly pears also love the North African sun.

The history of the island, which owes its oriental flair among other things to colourful bazaars, goes back more than 2,000 years: You can get an insight into the eventful past of Djerba by visiting Roman ruins or the underground mosque. The almost four and a half mile long Roman dam, which connects Djerba with the northern Tunisian mainland, was also built in ancient times.

Spoiled by the sun and thanks to excellent wind conditions, Djerba is the ideal destination both for relaxing days on the beach and lots of water sports action. 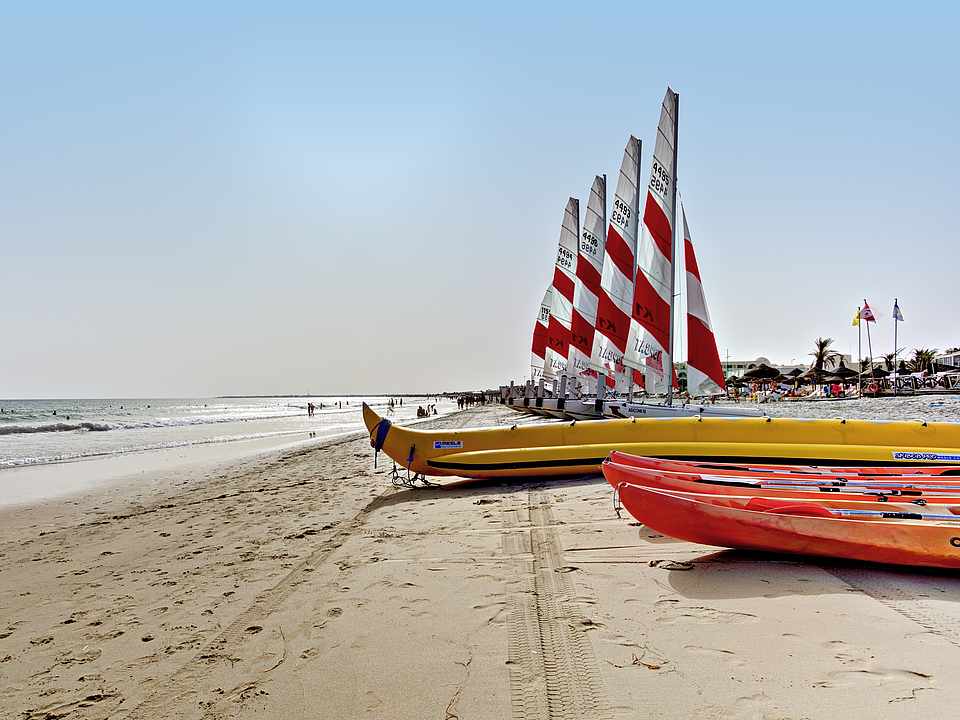 Djerba is one of the best water sports areas in the Mediterranean. Water sports enthusiasts benefit from the island's consistent weather and excellent thermal conditions.

The offers for water sports enthusiasts at TUI MAGIC LIFE Penelope Beach range from water skiing and wakeboarding to trips with the Banana Boat - and everything is all inclusive.

Canoes, catamarans and windsurfing equipment can be hired at the resort's water sports centre on presentation of an international surfing/sailing licence. For a fee, you can obtain a surf, sailing or catamaran licence under the guidance of VDWS-certified instructors. 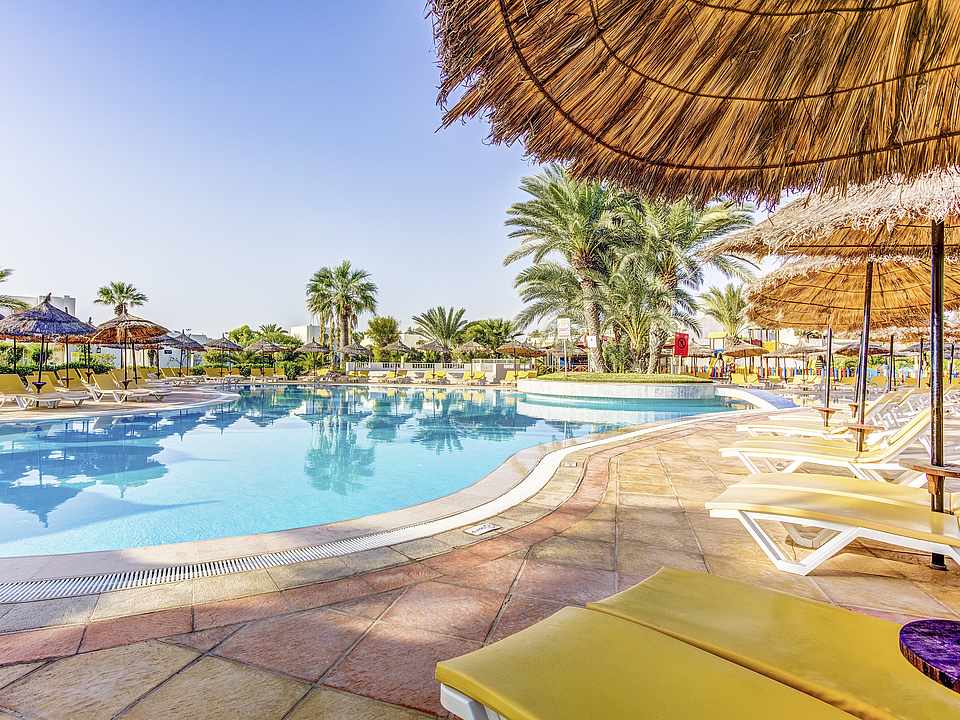 At Club Penelope Beach you can spend your carefree all-inclusive holiday on Djerba in a direct beach location. The resort is surrounded by an extensive garden and thanks to the varied all-inclusive sports and entertainment programme with parties and shows, everyday life is far away.

From a culinary point of view, four restaurants and five bars leave nothing to be desired.

You can pursue your personal interests and discover new hobbies, for example with activities such as football or archery. In the wellness area pure relaxation is guarenteed. 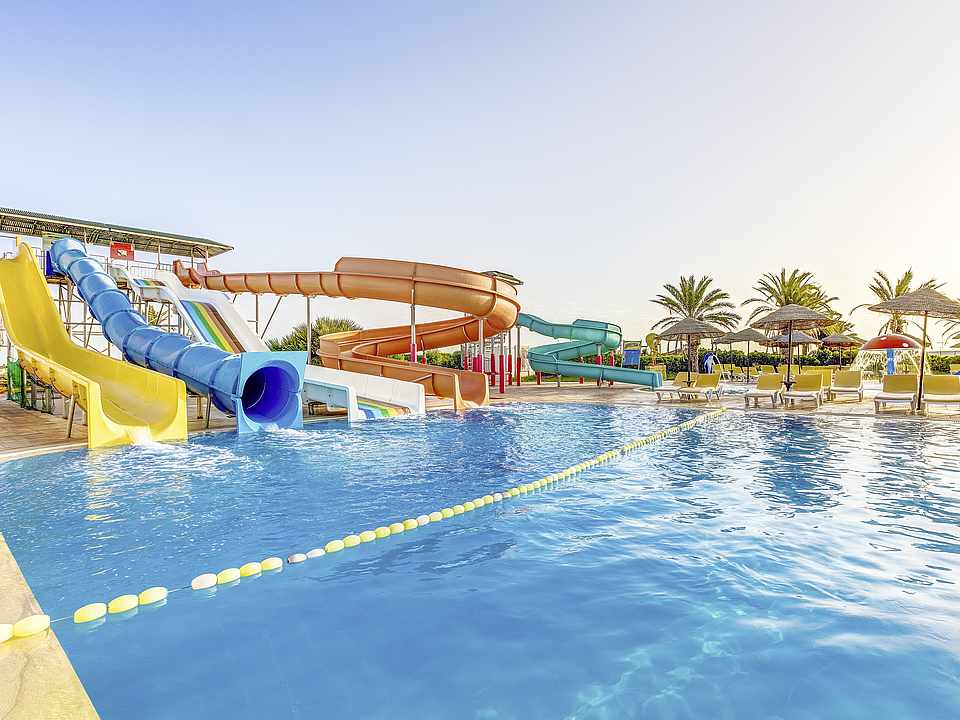 The resort is located directly on the shallow, family-friendly beach Sidi Mehrez. A large pool landscape with five water slides and three children's and baby pools provides even more water fun for the whole family.

Children and teenagers have a lot of fun with their peers during the year-round entertainment programme or on the resort's own playground.

Family activities include boccia, shuffleboard and kite flying. Also the many tourist attractions make a holiday in Djerba with children unforgettable.

Be active during your holiday on Djerba 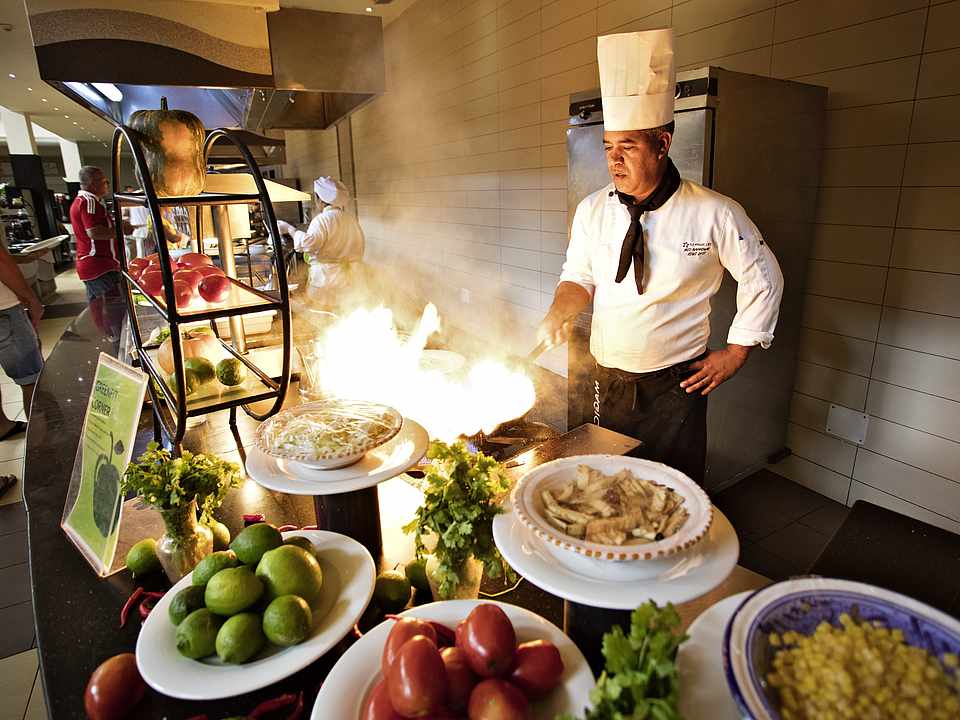 Tunisian cuisine is hearty and colourful, combining Mediterranean and Oriental influences. Exotic spices play an important role. The "national dish" is couscous in many variations, often refined with spicy harissa. In addition to chicken and lamb, grilled fish such as gilthead, sea bass and grouper are often served on Djerba. Desserts include fresh fruit or more caloric creations such as baklavas or cream puddings with rose water.

At Penelope Beach, the Sofra restaurant offers you the opportunity to taste local delicacies. 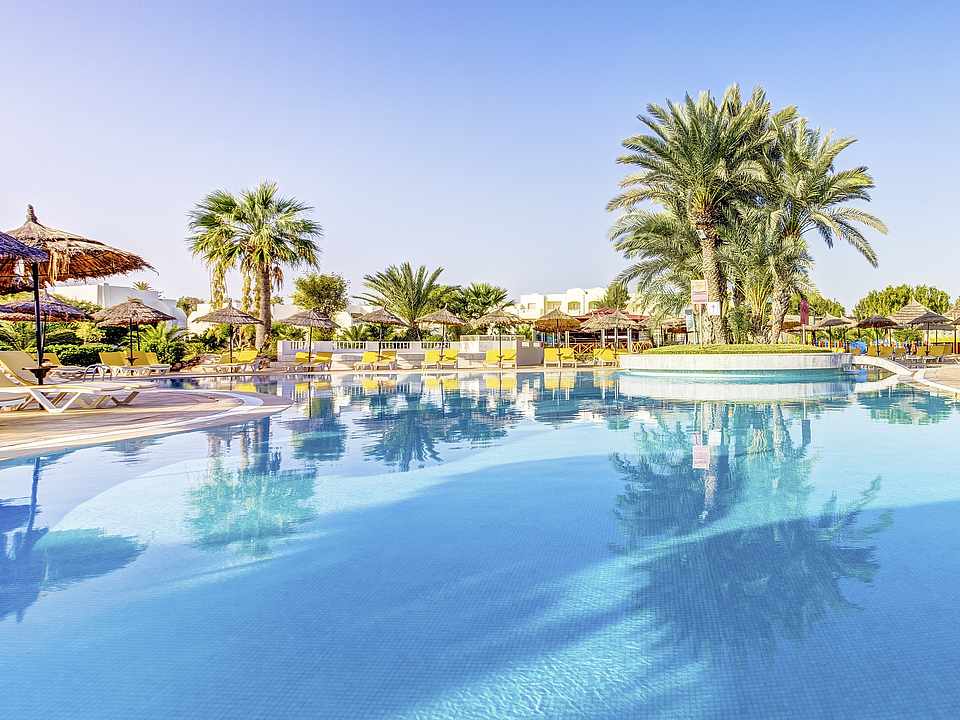 Djerba has a Mediterranean climate with constant weather and 320 days of sunshine. The best time for a beach holiday and for water sports is between mid-June and mid-October. Then the daily maximum temperatures regularly exceed the 30 degree mark and the sea warms up to a pleasant 28 degrees. Those who prefer more moderate temperatures can also spend a wonderful beach holiday on Djerba in May and November.

In winter, temperatures on the Mediterranean island settle at a spring-like 18 degrees.

3 things to do on Djerba